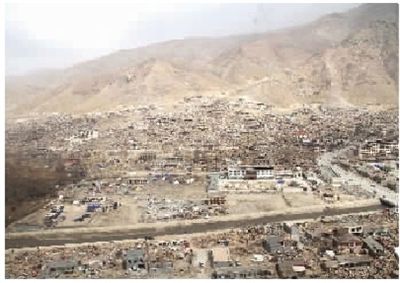 As of 8:00 am on the 19th, the number of people killed in the Yushu earthquake was 1,944, 216 were missing and 12,135 were injured, including 1,434 seriously injured. According to CCTV reports, the latest news said that after 123 hours of the Yushu earthquake, around 11 am on the 19th, in Yushujiegu Town, a 68-year-old man and a 4-year-old girl were rescued from the rubble. During the time when the two were buried, the family sent water and porridge to survive.

As of the evening of the 18th, 151 people were killed in the Yushu earthquake in Sichuan, 39 people were missing and 535 were injured. In addition, 4,476 houses in Ganzi Prefecture collapsed and the direct economic loss exceeded 260 million yuan. At present, the local government is actively treating the wounded and fully recovering the damaged transportation infrastructure. The current disaster situation is still in the further statistics.

With the in-depth development of search and rescue work, post-disaster reconstruction on the agenda, reconstruction of Yushu, what kind of city will be built? The reporter learned on the 18th that Yushu may have to build a plateau ecotourism city.

According to reports, Qinghai has organized a total of 16 experts from the state and the province to form an expert group to carry out post-earthquake housing emergency assessment work. At present, the Ministry of Housing and Urban-Rural Development of Qinghai Province is preparing a master plan for post-disaster reconstruction, which will be submitted to the Ministry of Construction on April 26.

It is understood that Yushu is known as the "hometown of the Fa Conference, the source of rivers, the land of singing and dancing". The midsummer here is an intoxicating golden season, with exquisite and elegant songs and dances, beautiful costumes, the splendid city of the tent city, and the grand occasion of the horse racing festival. All of them show the charming charm and unique charm of the Kham Tibetan area. The unique living environment, religious beliefs and natural taboos have created a splendid and mysterious traditional culture of Tibetans on the plateau. Yushu is in the hinterland of the Qinghai-Tibet Plateau, near the source of the Three Rivers. With the opening of Yushu Airport in August last year, the development of tourism has become a major event that the local government has pushed forward in recent years.

It became a plateau ecotourism city and became a consensus among the 16-member expert group. (Hunan Online)