Thunderstorms are the most important killer of flight safety in summer.

When the summer season is over, the summer is coming. As the seasons alternate, the pilots organize seasonal changes, with a focus on revisiting relevant aeronautical meteorological knowledge to better ensure that pilots can cope with it during thunderstorms.

China is a typical continental monsoon climate. It is hot and rainy in summer and autumn. The southeast coast is often attacked by tropical storms. It is affected by strong convective weather, air turbulence, low-altitude wind shear, large-scale precipitation, regional low cloud and low visibility. Lightning hail and tropical cyclones occur from time to time. Among them, the most influential in summer flight is thunderstorm.

Precipitation will reduce visibility. When flying, the presence of airborne rain reduces visibility, and the water film formed by a large amount of rain also refracts light, obstructing the pilot's observation. If the pilot cannot accurately judge the height and posture of the aircraft by visual inspection, it will easily lead to poor grounding and may cause an accident in severe cases.

Precipitation will reduce the performance of the aircraft. Water droplets impinging on the wing will increase the roughness of the wing and change the flow of air around the wing, reducing the lift and increasing drag of the wing and causing the wing to stall early. If the precipitation hits the wing to form ice, it will more seriously damage the aerodynamic performance of the wing. At the same time, a large amount of rainwater is sucked into the jet engine. If the pilot does not turn on the ignition device in time, it may cause the engine thrust to drop or even turn off. At low altitude and low speed, the loss of aircraft performance has a particularly serious impact on flight safety. In addition, precipitation can also affect the use of the runway, and water skiing occurs during the landing.

During the formation of the cumulonimbus cloud, when the charge carried by it accumulates to a certain extent, the electric field strength between different charge clouds, or between the cloud and the earth, can penetrate the air to form a discharge phenomenon, that is, lightning. The lightning current can be as high as 200,000 amps, allowing the surrounding air to be heated to 15,000-30000 degrees Celsius. If the plane happens to enter the strong electric field in the cloud at this time, or between two charged clouds, it acts as a bridge, or if it has a large amount of electric charge and cannot be discharged in time, it is vulnerable to lightning strikes.

What are the hazards of low-altitude wind shear? This is caused by the inherent characteristics of wind shear. Severe low-altitude wind shears often occur in low-altitude jets, ie, narrow, strong winds, which pose a significant threat to flight safety. This kind of wind shear gas flow is often rushed from high altitude, like a giant faucet pouring down. The wind direction diverges from the center of the impact point, so in a larger area, horizontal wind shear is formed. When the plane entered the area, it first encountered a strong headwind, followed by a violent downdraft, and then a strong downwind. The plane was like a leafy boat in a flood, and was thrown away, which is extremely dangerous. If the aircraft enters the area during the take-off and landing phases, it may cause a wreck. Because the wind shear phenomenon has the characteristics of short time, small scale and high strength, it brings a series of difficulties such as difficulty in detection and difficulty in forecasting, which is a difficult problem to be solved. The installation of wind shear detection and alarm systems at airports, as well as airborne wind shear detection and warning systems, are the main ways to mitigate and avoid wind shear hazards. However, because some strong wind shear is irresistible to the performance of existing aircraft, the best way to deal with wind shear so far is to find it early and avoid it as soon as possible.

Because there are many kinds of dangerous weather in thunderstorms that threaten flight safety, in general, pilots will avoid direct contact with thunderstorms, but it is not easy to do this during the thunderstorms in the summer. In order to successfully complete the mission, the pilot must study preventive measures to ensure safety. Before the flight, the pilot needs to know the weather conditions and trends of the flight area to the dispatcher, carefully study various weather maps and satellite cloud maps, weather forecasts, and determine the nature, location, intensity, direction and speed of the thunderstorm, development trends, etc. Consider the corresponding flight plan and add enough fuel to the aircraft. In flight, the pilot will use the weather radar to closely monitor the weather, and obtain the latest weather information from the air traffic control department and other aircraft as much as possible, and take all measures to avoid the thunderstorm activity area. These measures include: changing the departure time, changing the route and altitude, waiting in the air, flying around, preparing for the landing, returning to the flight, etc., and keeping a safe interval from the thunderstorm. When the dangerous weather is close, the air traffic control department should also take corresponding measures, such as limiting traffic or even closing the airport to ensure safety.

â™¥ Use the Weight Prove the Quality, Not the Cheap One Can Compare

â™¥ Make the Best Cat Bed With the Finest Material

â™¥ Not To Drop Hair, Keep Warm and Stain Resistant 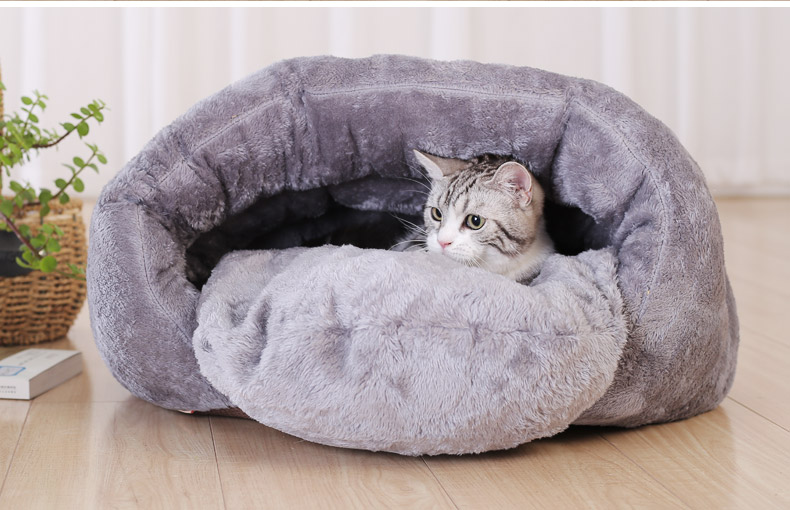