Hengshui Xiaohe Square "May 1" is open to the public

The reporter learned from the comprehensive rectification headquarters of the Hengshui River Hengshui City section that Xiao He Square, named after Xiao He, the founding hero of the Han Dynasty Emperor Liu Bang, will be open to the public on May 1st. Xiaohe Square...

The reporter learned from the comprehensive rectification headquarters of the Hengshui River Hengshui City section that Xiao He Square, named after Xiao He, the founding hero of the Han Dynasty Emperor Liu Bang, will be open to the public on May 1st. 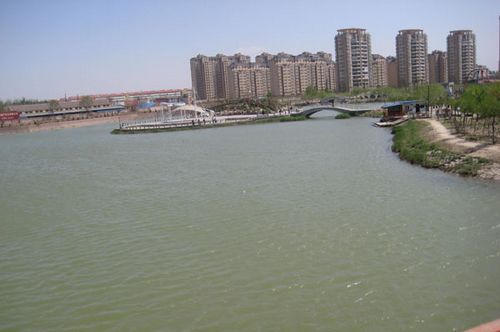 Xiaohe Square is adjacent to the bank of Fuyang River

Xiaohe Plaza is located at the first corner of the Hengshui City section of the Fuyang River (Xiaohetou), south to the Fuyang River, north to Yongxing Road, Shanglian Wetland Park, and next to Poyang Lake, with a total area of â€‹â€‹50,000 square meters. It is an important landscape node for the comprehensive renovation project of the Fuyang River.

Xiaohe Square makes full use of historical legends and combines regional culture with modern landscape. It mainly builds Yongxing Road Tree Array Square, uses tree arrays to connect roads to the public space between river banks, and builds Xiaohe public art sculpture and Huashu waterfront platform. Other facilities include a water jetty. At present, the main construction project of Xiaohe Plaza has been completed. It was completed before May 1st and became the first historical and cultural theme of Binhe Square in Hengshui City.

Why is the square in Hengshui City named after â€œXiao Heâ€? According to historical records, this place is the famous â€œXihewan, Xiao Hetouâ€ in history! Xiao He, who was originally a Han Dynasty man more than 2,000 years ago, is helping Liu Bang. After the establishment of the Han Dynasty, Liu Bang became the emperor, and he was the Han Gaozu (emperor). Liu Bang worshipped Xiao He as the prime minister, and at the same time he was also sealed by the governor Zhang Liang. "Xiao Hetou" in "Xihewan, Xiao Hetou" refers to Xiao He's head, and there is also a legend about the bizarre movement of "Xiao Hetou".

The legend of "Xiao Hetou"

According to the author of the Hengshui scholar Kang Zhanying: In ancient times, celebrities were afraid of political enemies to dig graves and dig graves, and often more than one tomb is common. After Xiao Heâ€™s death, there are many graves in his tomb. Xiaoheâ€™s tomb is located in Sanlitun Village, northeast of Chenggu County, Shaanxi Province. There is a Xiaohe tomb in Dujiacao Village, Bowang Town. There is a Xiaohe tomb in Gucheng County, Hubei Province. There is a Xiaohe tomb in the northeastern part of the village of Waliu Village; Xiaoheâ€™s tomb in Xiaoheâ€™s hometown of Yongcheng County, Henan Province; one in northern Luzhou; and one in Zhongyu County, Henan. However, the real Xiao He tomb was built in the area of â€‹â€‹the Xiao Xiao Gong Temple in the West Gate of Xinzhou City. It is said that when Han Gaozu Liu Bang killed Xiao He, he regretted it and immediately gave Xiao Heping a rebellion. He also set a gold skull for Xiao Heâ€™s body. In the west of Xinzhouâ€™s Xindu City, where the princes and princes gathered, he was buried and erected according to the identity of the country. Hey, delegate to the grave guards. This matter is no small matter, the Central Plains region, passers-by know. I donâ€™t know how many years later, the tomb thief finally managed to dig up the big tomb, stole Xiao Heâ€™s golden head and fled to the north. The tomb hunter immediately chased after the discovery, and the place to chase the Xihe bend of the Fuyang River is about to Catch up, because Xihewan is a sharp turn, the water is rushing, the wooden boat that the tomb thief rides suddenly tilts, the tomb thief is drowned alive, and Xiao Heâ€™s golden head sinks to the bottom of the river. The tomb guards at Xiao Heâ€™s tomb recruited the surrounding villagers to salvage the golden heads. They have not been salvaged for a long time, and people have to leave their regrets to spread. I donâ€™t know how many years ago, the Fuyang River made a lot of water, and many fish came. An old fisherman from the nearby village also came to Xiheâ€™s curved net to fish, sprinkled many times, and had no income. The last net was very Heavy, I found a dark red human head in the net. He was very embarrassed. He threw it out and threw it into the river. At this moment, the deep red head shone in the sunlight, and the golden light flashed and was thrown into the river. In the Yanghe River, the old fisherman was shocked: "Isn't that the legendary Xiao Hetou!" But it is too late, the old fisherman regrets very much. He called the two sons and the villagers to help. After repeated salvage, there was no trace of Xiao Hejinâ€™s head. From then on, every day someone came to Xihewan to fish and shrimp, but there has never been a miracle. Jin Xiaoheâ€™s head disappeared forever in Xihewan. The beautiful legend has been passed down from generation to generation. The name of Xihewan is gradually used. Xiao Hetou" replaced. During the Republic of China, there was a popular folk song in Taocheng District in Hebei Province called "Scrow and Kill Xiao He". The local people like to watch it.