Liang Liyuan, a cleaning lady at the Shenzhen Airport, thought that there would be a fortune to fly. I didnâ€™t expect it to be a jail . In recent days, the major media have been â€œsquatting,â€ â€œsquatting,â€ â€œgreedy, orâ€ steal"? In- depth reports were launched, and the Shenzhen police and the judiciary were in focus. In the face of media and social circles, the police insisted that there is no legal error in the case of the case, and there is no procedural omission, which is the result of strict case handling according to law. However, the repatriation of the procuratorate has made the case suspicious. On the one hand, the voice of the public asking for the truth to be revealed is higher than a wave. The sympathy of Liang Liâ€™s emotions accounts for the vast majority of public opinion. On the other hand, the police abide by the principle of â€œinvestigating and not publicizingâ€, detailing the case and detecting the process. Avoid talking, so all the people had to close their eyes and guess Humon, and various opinions were flooding.

That being the case, then we still entered the crime scene together, starting from here, trying to use the public information with limited information to uncover the truth of the case. The reason why we need to analyze the situation on the spot is to remind all friends who are interested in the case whether the theft is constituted or not. The key is to understand the relative relationship between the property owners and the original holders of the property. This is very important. If the property is completely out of the control of its original holder, then the corresponding property becomes a "forgotten object", "lost object", "discard", etc. in the legal sense. Conceptually, if the agent obtains this property publicly or secretly, it is basically certain that the property is legally held based on the reason of â€œno cause managementâ€. If the property is not out of the control of its original holder, then there is no legal reason for the actor to obtain the property, whether publicly or secretly. This method of acquisition is undoubtedly illegal and even May be a crime.

First, please see this photo of the Guangzhou Daily, where the womanâ€™s standing position is said to be the location of a box of gold jewelry before it disappeared. The place marked "19" is the check-in counter at the departure hall on the second floor of Terminal B of Shenzhen Airport. 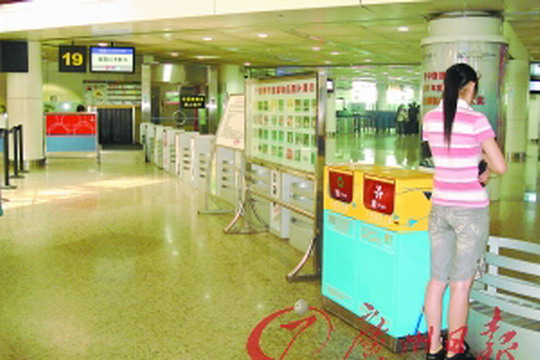 From this scene, we can see that although this is also a public place, the shielding partitions on the left and right sides make the space range of this public place subject to certain restrictions. Such physical partitions objectively form a relatively closed small. space. At the same time, according to news reports, the baggage car with gold jewelry is about 10 meters away from the check-in counter on the 19th. It is about 22 meters away from the counter No. 10 where the victim went to consult, which is completely within the scope of a normal person's eyesight. It is also reported that gold jewelry is placed in an inconspicuous instant noodle carton. So what conclusion can we draw? I think at least there are some points in the consensus: 1. Even if the victim is far away from the check-in counter, he can see the box of gold ornaments 22 meters away from him; 2. The victim has not discarded, forgotten, The motives and reasons for losing this box of gold jewellery, even the packaging of gold jewellery is so shabby; 3, the victim leaves the carton with gold jewellery a few meters is the embodiment of his free rights, although this move has obvious faults , but it is not illegal; 4, the victim placed the carton on the baggage car not far from himself, indicating that he is convinced of the ability to control the carton; 5, the victim only briefly left the carton, it is reported that it is about 10 minutes; The relatively closed small space can give the victim a certain sense of security, which may be one of the reasons why the victim can safely leave the carton. Based on the above consensus, I think we can fully conclude that the victim has not lost control of the box of gold jewelry that is 22 meters away. That is to say, in the legal sense, the victim still holds or owns all the boxes of jewelry. This box of jewelry is not the so-called "forgotten things", "lost objects", "discards", etc. that are popularly discussed. Departed from the victim's control.

So is Liang Liâ€™s means of obtaining this box of jewelry open or secret? The so-called secret theft refers to the act of the actor who secretly takes the property away from the owner, the custodian or the handler who thinks that it is not for the property. After discovering the small cardboard box on the luggage cart next to the trash can, Liang Li "has no one to look around, just put the small cardboard box into the cleaning car as a discard", which clearly shows that the beam At the time, Li did not observe the small carton and took the carton away. The victim had never noticed that Liang Li took the carton on the luggage cart, which was in line with the secret stealing behavior. As for Liang Li's self-consideration that the small carton is a discard, it is her unilateral excuse. In combination with Liang Li's performance before and during the acquisition of this box of jewelry, I think Liang Li's argument is still far-fetched and can win everyone. Sympathy, but can not erase the suspicion of secret theft.

As for whether Liang Li has the intention of illegal possession, let us take a look at this scene. The No. 16 toilet male disabled toilet is located about 79 meters away from the crime scene on the north side of the hall. 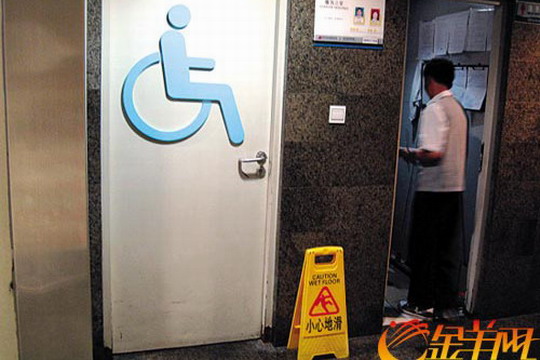 According to reports, Liang Li entrusted colleague Cao to put a small carton in the bathroom after obtaining a small cardboard box. It is said that he also said "If someone claims it, he will return it to others." We know very well that the use rate of toilets for the disabled is actually not high, and generally no one enters. This is a common sense fact. It can be seen that Liang Li still chose a relatively secret place to place the property she obtained. According to Article 2 of the â€œRegulations on the Management of Lost Articles of Passengers at Shenzhen Airportâ€: â€œWhere the lost items of the passengers are picked up, in principle, they must be handed over by the person in charge of the pick-up or the relevant person in the unit on the same day (not later than 9:00 the next day). The lost building of the terminal building.â€ Unfortunately, Liang Li did not implement it. Whether she thinks she is taking the battery or gold jewelry, and based on her general cognitive ability and social common sense, we believe that Liang Li can naturally infer that the object is All or possessed by others. It can be seen that Liang Liâ€™s illegal possession is deliberate or more adequate.

After this series of analysis, I think Liang Li is still very likely to be suspected of theft. The hot discussion and concern of the community in this case is largely due to the emotional sympathy of Liang Liâ€™s personal identity and social status. Yes, Liang Liâ€™s experience is indeed worthy of sympathy, but we should not forget that as an adult, A well-behaved natural person must bear the corresponding responsibility for his own behavior. Whether morally or legally, Liang Li should get the punishment she deserves besides being sympathized. This is the inevitable result of realizing social fairness and justice. And must be requested.