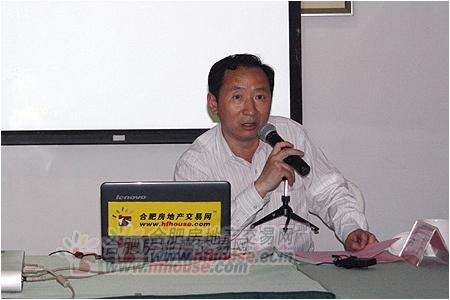 The latest news from the Housing Authority at 12:00 on December 31, Hefei, February 20, 2011, "Notice on further improving the real estate market regulation" that Hefei Edition purchase order will continue in 2012.

Kong Lingang, deputy director of the Institute of Economics at the Anhui Academy of Social Sciences, believes that the continued execution of the purchase restriction order is totally unexpected. He said, â€œIn 2011, more than 40 cities across the country implemented the purchase restriction policy. Before that, nearly 20 cities have already expressed their position and the central government has stated that it will remain firm and unshakeable in terms of policy control. Hefeiâ€™s position of continuing execution is also expected. in."

According to the market situation in 2011, Kong Linggang believes that the effect of the Hefei version of the purchase restriction order has begun to appear, but â€œit remains to be seenâ€.

"Continued implementation of the Hefei restriction order also shows that the overall real estate market will not be loosened. This will have a greater psychological impact on buyers and developers than on their actual role. In 2012, the real estate industry will usher in a deeper adjustment, and the property turning point will be After the Spring Festival, March-April, there will be a decline in house prices in Hefei."

Major service areas: Shantou/ Chenghai /Chaoyang /Chaozhou/Jieyang
Major product scope: Ceramics/Sanitaryware/Toys/Hardware/Clothing/Mechanics/Food/Stainless steel, etc.
If your clients have the purchase orders from the above areas, we are your best choice.