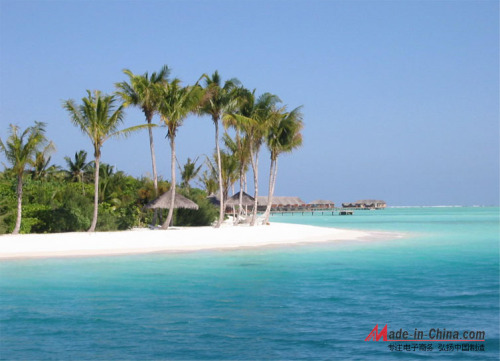 During the Spring Festival, Sanya, which has just been upgraded to an international tourist island, once again burst out of bullying and cheating. The family of three ate seafood in Sanya, and only three ordinary dishes were slaughtered more than 4,000 yuan. This incident caused controversy on the Internet and led to numerous denunciations of tourism in Sanya on Weibo. Many netizens stated that slaughter in Sanya is a common phenomenon, and some people have even called for not to travel to Hainan.

On January 29, Sanya City Government Information Office responded to the matter on its official Weibo, saying that the seafood restaurant has been found and ordered to suspend business for rectification. At the same time, the matter has attracted the attention of the main leaders of the municipal Party committee and the municipal government of Sanya. It also pointed out that it is necessary to conduct in-depth investigations and will not tolerate the phenomenon of cheating and cheating on passengers, affecting Sanya and influencing the image of Hainan's international tourism island. Sanya will never tolerate the behavior of cheating and cheating.

As a major domestic tourism province, Hainan received over 30 million domestic and foreign visitors in 2011, an increase of 16% year-on-year, and the tourism industry accounted for 7% of GDP, which was higher than in previous years. Tourism is the largest industry in Hainan Province. . While the rapid development of tourism, Hainan has also become the focus of national tourism critics due to high prices, inadequate services, and frequent zapping incidents. In addition, the "Ten Houses and Nine Cheats" have become a common view of the Hainan Hotel. How to reverse this impression has been a problem for Hainan, which is building an international tourism island.

In response to Weibo's hot discussion of the "Sanya travel was slaughtered" experience, Sina Travel has compiled a copy of Sanya's refusal to kill the Raiders based on netizens' comments and comments.

In the tour with the group tour, the largest block is mainly shopping stores and burning incense; the small expenses are mainly to see shemale, diving, and interactive programs. In the end, your expenses may exceed the fare.

Some people sign up for â€œday toursâ€ in the local area. The common way of being slaughtered is to â€œsellâ€ from this travel agency to another travel agency, and may have to endure very bad service attitudes.

2: When signing a contract, details must be asked clearly. Some things need to be noted in the contract to ensure that their own interests can be protected.

3: When the vital interests are infringed, immediately call the relevant complaints and call the police if necessary.

Either they are short of catties or shorts, or they are â€œdefeatedâ€ by astronomical seafood, ranging from a few hundred to as many as several thousand, and ordinary tourists cannot afford it.

1: If you have a tour guide, taxi driver, motorcyclist, tricycle driver strongly recommend to you a certain seafood shop, you should stay in your eyes, perhaps when you get there involuntarily ... Do not listen to the roadside advertising, business cards Lobby.

2: Seafood can be considered seafood market. Can buy seafood directly processing, the cost is relatively low, convenient and cheap.

Black heart seafood stores are generally located near high-end hotels or far away from the urban areas, and some of the deceptive methods are extremely exaggerated.

A: When you point to something and ask the price, Xiao Er takes the advantage and shoots it in front of you. You haven't come back to God and this thing needs you to pay for it!

1: comes with a small scale.

Shortages and shortfalls are the most common tactics used by small traders, and we should be equally careful about saying that the purchased items are multiple in the end.

3: If there is an acquaintance in the local area, let him take you to buy it.

1: Online booking tickets. General Internet booking can be more favorable, it is recommended to purchase tickets in advance.

2: Do not have to go to every attraction, go to some key and representative attractions can be.

3: Make full use of public resources such as buses, tour buses, and airport buses.

4: The chartered car line must be designed by oneself, otherwise it is easy to be slaughtered.

6: Tricycles and two-wheelers are recommended not to ride, dangerous and can easily be "slaughtered."

7: If you live in a small hotel, it is advisable not to ask the waiter to help you to call the car. You may even call the relevant vehicle with a chain of interest.

8: No strokes and tricks. Enjoy the sunshine in hotels in Yalong Bay and Haitang Bay and try to avoid going out.

In Shanghai, a property operated and serviced by a developer is called a serviced apartment. There is a 24-hour reception, furniture, appliances, kitchen utensils, bed supplies, gym, pool and housekeeping services. Water, utility bills, internet usage fees, etc. may be included / excluded depending on the condominium.